EMDB > O > The One
Vorheriger Nächster 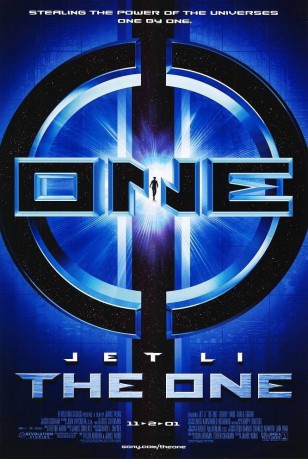 Handlung: There is not one universe, but there are many, which is a multiverse. Supposing you are just one person, there are many other versions of you in the other universes, there are ways to travel, but only a police agency, MVA, can travel only for police procedures. Gabriel Yulaw is a former MVA agent, who killed another version of himself in self-defense. It made the other versions of him stronger. When Yulaw found out about this, he became power-hungry killing the 122 other versions for two years. After killing Lawless and getting captured by his former partner Roedecker and a new MVA agent Funsch, Yulaw managed to escape the prison and is trying to kill his last target, Gabe Law who is a police officer. He is also at Yulaw's strength. Roedecker and Funsch now have to arrest Yulaw before he can kill Gabe. There is a possibility that the universe could die or make Yulaw invincible. After encountering Yulaw for the first time, Gabe thought that it was his split personality, but it wasn't. ...