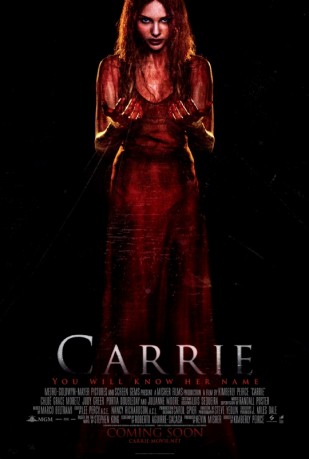 Handlung: The outcast teenager Carrie White is bullied by her classmates at high school. Her mother, Margaret White, is a pious and paranoid woman that sees sin everywhere and the need of self-inflicting punishment. When Carrie has her first period, she does not understand what is happening to her and her classmates humiliate her in the changing room. The spiteful Chris Hargensen videotapes Carrie with her cell phone and posts it on the Internet. Their teacher Ms. Desjardin punishes the students, but when Chris challenges her, she is suspended and consequently is banned from the prom. Meanwhile, Carrie discovers that she has telekinesis and learns how to control her ability. Sue Snell, one of the girls that tormented Carrie, feels bad and asks her boyfriend Tommy Ross to invite Carrie to go with him to the prom to make up for what she did to Carrie. But Chris and her boyfriend Billy Nolan plot an evil prank with her friends to seek vengeance for Carrie.