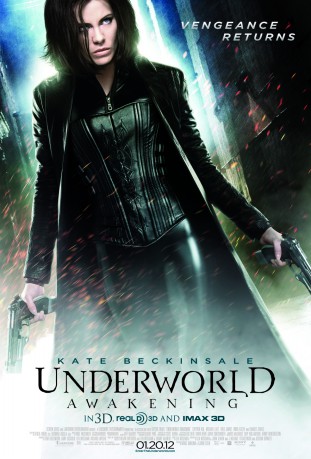 Handlung: Mankind discover the existence of the Vampire and Lycan species and they begin a war to annihilate the races. When Selene meets with Michael in the harbor, they are hit by a grenade and Selene passes out. Twelve years later, Selene awakes from a cryogenic sleep in the Antigen laboratory and meets the Vampire David. She learns that she had been the subject of the scientist Dr. Jacob Lane and the Vampire and Lycan species have been practically eradicated from Earth. But Selene is still connected to Michael and has visions that she believes that belongs to Michael's sight. However she has a surprise and finds that she has a powerful daughter named Eve that has been raised in the laboratory. Now Selene and David have to protect Eve against the Lycans that intend to use her to inoculate their species against silver.