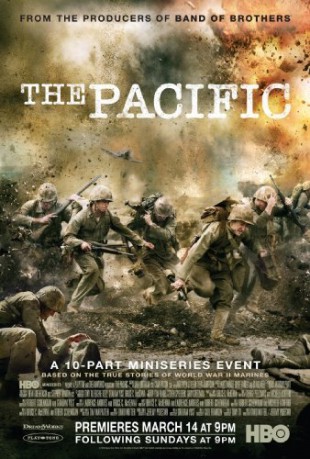 Handlung: The Pacific follows the lives of a U.S Marine Corps squad during the campaign within the Pacific against the Japanese Empire during WW2. Made by the creators of Band of Brothers, it follows a similar line of thought to outline the hardships of the common man during war. The Pacific is in parts a fast paced war series that can be enjoyed by action lovers whilst containing a more sensitive side when projecting the relationships (brotherhood) of Marines on the battlefield. Where The Pacific takes a new direction from its "older brother" is in its depiction of the lives of soldiers who were picked to return home to increase the sales of war bonds. In doing this it also depicts the life cycle of returned soldiers from initial joy to the eventual feeling of regret and to a certain extent shame felt by soldiers wanting to return to the war in service of either their comrades or nation.