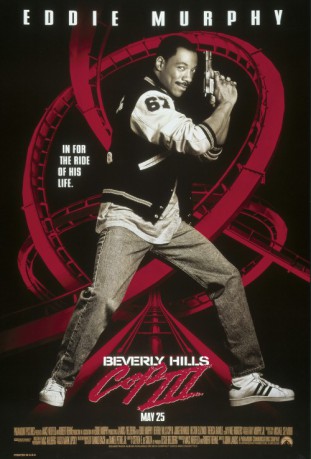 Handlung: In Detroit, Axel Foley leads a raid on a chop shop. When they go in, the people inside start shooting at them. Foley's boss, Inspector Todd, joins them. Someone shoots Todd and before dying Todd tells Foley to get him. Foley tries to catch him but some Feds stop him. They don't tell him why they're letting him get away. Based on things the shooters left behind, leads Foley to believe that the shooters have ties to an amusement park in Beverly Hills. So Foely goes there and asks his old friend, Billy Rosewood who's been promoted to a "prestigious position" for help. He meets Billy's new partner, Jon Flint. He asks if they know anyone at the amusement park and Flint tells him he knows the head of security, Ellis DeWald. Foley goes to the park and after a little misadventure, he meets DeWald and recognizes him as the man who killed Todd. But everybody including Flint tells Foley DeWald is a good guy. But Axel knows he's the one. He would be approached a park employee who tries to help ...