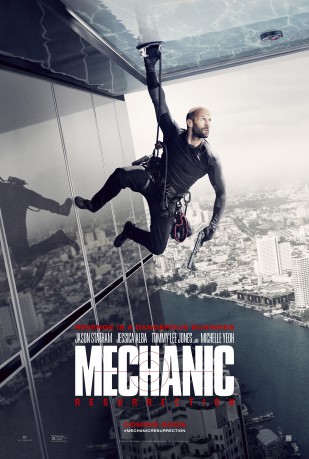 Handlung: Arthur Bishop, the master assassin who faked his death in hopes of putting that part of his ;life behind him, now lives a quiet life in Rio. But someone who knows who he is shows up and tells him, that if he wants to continue living this life, he will do three jobs for someone. Bishop tries to tell them he has the wrong man but they know who he is and if he won't do the job, they will take him but he gets away. He then goes to a resort in Thailand run by a friend, Mae, where he tries to find out who is looking for him. Later a woman named Gina shows up looking for medical assistance and Mae can't help but notice bruises all over her body. Mae deduces she's a battered woman and when Mae hears her being beaten, Mae asks Bishop to help her. He goes and kills the guy she's with. He kills the man and then sets fire to the boat he's on. But he sees that Gina has a photo of him. He deduces that they one who wants him, sent her. He confronts her and she admits that she works at a children's ...