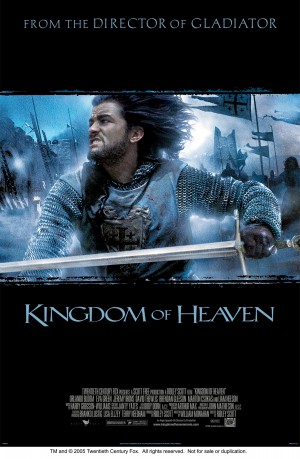 Handlung: It is the time of the Crusades during the Middle Ages - the world shaping 200-year collision between Europe and the East. A blacksmith named Balian has lost his family and nearly his faith. The religious wars raging in the far-off Holy Land seem remote to him, yet he is pulled into that immense drama. Amid the pageantry and intrigues of medieval Jerusalem he falls in love, grows into a leader, and ultimately uses all his courage and skill to defend the city against staggering odds. Destiny comes seeking Balian in the form of a great knight, Godfrey of Ibelin, a Crusader briefly home to France from fighting in the East. Revealing himself as Balian's father, Godfrey shows him the true meaning of knighthood and takes him on a journey across continents to the fabled Holy City. In Jerusalem at that moment--between the Second and Third Crusades--a fragile peace prevails, through the efforts of its enlightened Christian king, Baldwin IV, aided by his advisor Tiberias, and the military ...