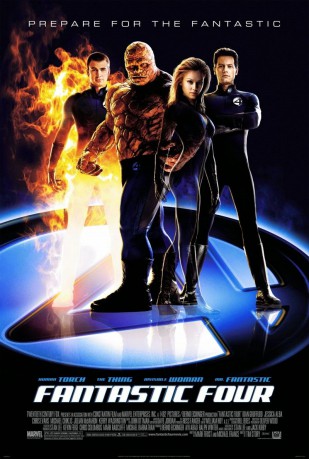 Handlung: Reed Richards, a brilliant but timid and bankrupt scientist, is convinced that evolution can be triggered by clouds of cosmic energy, and has calculated that Earth is going to pass one of these clouds soon. Together with his friend and partner, the gruff yet gentle astronaut muscle-man Ben Grimm, Reed convinces his conceited MIT classmate Dr. Victor Von Doom, now CEO of his own enterprise, to allow him access to his privately-owned space station. Von Doom agrees in exchange for control over the experiment and a majority of the profits from whatever benefits it brings. He thus brings aboard Susan Storm, his shy, though assertive chief genetics researcher and a former lover of Reed's with whom she had an acrimonious break-up, and her diametrically opposed brother Johnny, the maverick and hot-headed playboy pilot. The astronauts make it home intact; however, before long they begin to mutate, developing strange and amazing powers as a result of their exposure to the cloud! Reed is able to...